09 August 2019 - Posted in Uncategorized by wallofjustice

In the next content update, you'll be able to equip a castable spellbook into your off-hand equipment slot while also keeping another spell equipped. This is part of the free update that will be available to all owners of Barony when the Legends and Pariahs DLC drops!

So how does it work? Read on to find out!

The idea to hold spellbooks started with our upcoming Goblin race.

Goblins are great fighters; versatile, adaptable, green, but magically inept (staffs don't count!). When playing as a Goblin, all of your equipment lasts longer and raising one weapon skill will raise every weapon skill at the same time! The catch - you are unable to memorize spells from books and must cast directly by reading from them each time.

This spellbook hook ended up becoming a feature for any race, as from a development perspective changing the HUD and in-game player model is more or less the same shared code for any humanoid monster. Also since this mechanic uses a finite spellbook resource - let's add some bonuses to your spells cast through the book!

Here's the list of effects when casting from a spellbook:

For the longest time spell damage values were fixed and did not scale during the game. Fantastic in the early game, but could become a harsh experience for spellcasters during the later portions of the game where monsters have higher HP pools.

So looking back at the Intelligence stat, its uses currently are:

So to give Intelligence a little more utility - INT now will provide +1% spell damage/heal to the same areas that blessed spellbooks would. Since our damage system works in whole numbers, high INT characters and high damage spells (e.g. bloodletting/magic missile) are what you want to use to get the most damage output!

Finally, I also adjusted the hard MP regeneration cap from 1 MP every 3 seconds to 1 MP every 2 seconds to give spellcasters a little more mana to play with in the late game.

My next upcoming DLC blog update: I'll share some details about the Goblin Shaman from the Legends and Pariahs DLC. I gave a little peek into the Goblin race mechanics in this post, but next time we'll get to see what unique magic powers the Shaman class has to play with! 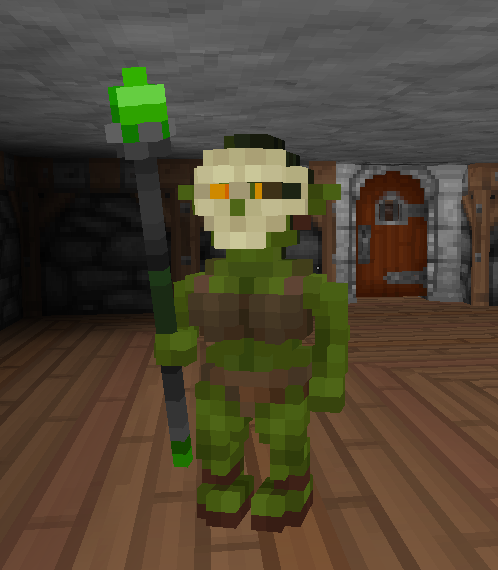 Hi everyone, Welcome to the offical Turning Wheel DevBlog!... END_OF_DOCUMENT_TOKEN_TO_BE_REPLACED