26 December 2019 - Posted in Uncategorized by wallofjustice

All ranged weapons now have a projectile drop-off instead of a perpetually flying straight projectile. Slingshots and crossbows are now short range weapons, while the existing short bow is medium range. A projectile that has almost reached the ground will hit weaker against most creatures - so make sure to hit enemies high in your shots!

Quivers are worn in the off-hand slot and are consumed when firing a ranged weapon. The max stack size is 50, and quivers apply projectile modifiers to every ranged weapon except the slingshot.

Players are unable to block with a quiver in hand and will sneak instead if the Block/Sneak key is held.

How to obtain quivers:

By popular request, we’ve updated the game’s story text crawls to be more personalised for the monster races - defeat the bad guys and see what fate befalls Hamlet and for the rest of your kin!

Uncovering the hidden area beyond the Underworld will now also continue the story from Hamlet after a reworked boss battle!

You may also find a Mysterious Merchant within the walls of Hamlet who is willing to make an offer for the guilds stolen mystic orbs.

Spellbooks are now equippable and can be casted from! Equip the spellbook and press the Block/Sneak key (default key is Space) to cast.

The INT stat now also increases the damage output of spells and is viewable on the stat tooltip.

Casting from blessed spellbooks increases the spell damage/heal of most spells.

Spellbooks also now show the spell information on their tooltip if you have learnt the spell. Check the tooltip for damage/heal values on cast in-game.

Thrown items and gemstones now have a first-person animation.

All artifact weapons/armor have been rescaled in damage/AC values. Now are found at different quality values depending on the dungeon floor they are found on.

Artifact weapons start with +4 ATK at Decrepit status, and gain +2 ATK up to Excellent status up to their previous +10 ATK maximum.

Artifact armor has been rescaled to maximum +4 AC from +6 AC for every piece (Breastpiece is still +6 AC maximum). Armor gains +1 AC per quality level.

These items can be repaired by 1 stage using Scrolls of Repair or through the new Tinkering Kit with Legendary Tinkering skill.

The Warning effect on Oracle’s Treads has been modified:

26 December 2019 - Posted in Uncategorized by wallofjustice

As we come up to the night before the release, let’s finish up with the Insectoid Hunter for our final Legends and Pariahs DLC preview!

Equipped to track and bring down foes from afar, the Hunter uses special arrows and a magic boomerang to ensure they never have to fight toe-to-toe. 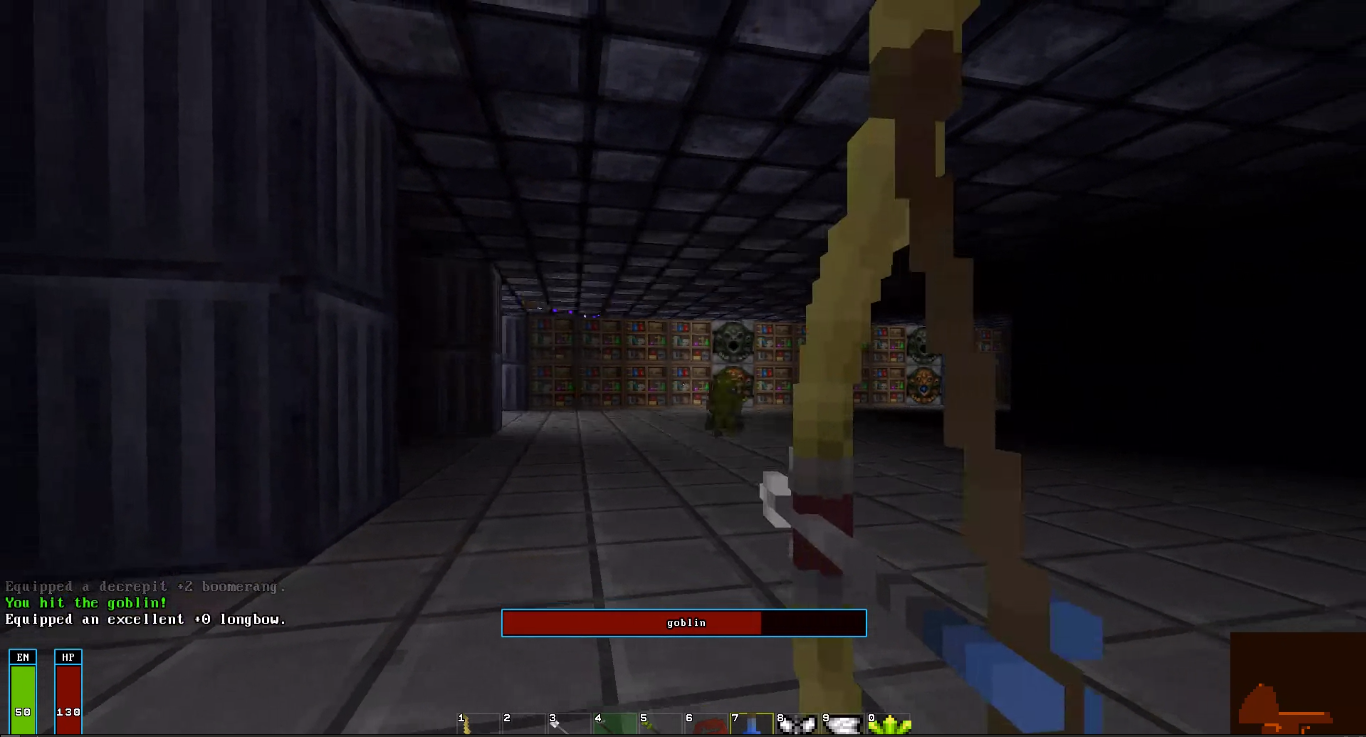 Much like the Automaton, the Insectoid has a unique mana and hunger system represented by a green ‘Energy’ bar. This bar is a representation of your current hunger level and decreases slowly over time as hunger normally does.

Casting spells will directly expend Energy and can be replenished by eating food. The maximum Energy an Insectoid can obtain is 50 total.

As an Insectoid, you will be able to digest any food item without becoming sick from spoiled food! You will also get a benefit from consuming sweet liquids such as fruit juice, restore magic potions and booze. Be mindful of over-indulging however, eating while full can cause you to projectile acid!

Finally, Insectoids are immune to the effects of poison and are natural allies of other Insectoids, scorpions and scarabs.

The Hunter class comes prepared with some new quiver ammunition as well as new ranged weaponry! Quivers are worn in the off-hand slot, and create stacks of up to 50 arrows that are consumed when firing bows and crossbows.

As the new update brings projectile gravity to ranged weapons, the Hunter is best equipped to take on foes at a safe distance!

You will also start with:

Perception and Dexterity are two favored stats on levelling up, while Strength and Constitution are unlikely to increase.

Grab your friends and join the party! Or play the Mechanist and build your own buddies.