02 November 2022 - Posted in Uncategorized by mistersneak

We are delighted to reveal the next massive update for Barony!

As we prepare for relaunch, we put together a new video which introduces the game with all the new features in place. Share it with your friends (and enemies too)!

Like what you see? We would like to officially invite you to play Barony with the Quality of Death update... IMMEDIATELY. The Quality of Death Beta is available to play for Windows & Linux users who own the game on Steam. The game's new features also help it play perfectly on the Steam Deck!

Since Barony supports online cooperative play, it's important that everyone is playing on the same version! So load it up and play with friends, strangers, whoever. IT'S DUNGEONING TIME.

To opt-in to the Beta

That's it! Now that you're all opted-in, Steam should immediately start downloading the latest version of the Beta. You're ready to play!

If you're anything like us, it'll be hard to go back to the old version of the game once you've played this new version. We intend to continue updating this Beta branch until the game is fully released. Feel free to play as much as you like. You're welcome to stream the game, but we'd love it if you could note that you're participating in a Beta if you do.

Party up with others on Discord!

You are welcome to use Barony's new Lobby Browser to find pickup groups, but Barony does not feature drop-in-drop-out play. So open lobbies are not that common. It's usually more reliable to jump into a game with somebody from our Discord!

At the moment, you can't earn achievements in the Beta as a result of many of the content files being in an unreliable state. At some point soon into the Beta's lifespan, we will re-enable achievements, but if you're just playing for the Cheevos, it's not ready for you yet.

Custom Content and Workshop support is currently not in the Quality of Death beta build. To enjoy mods with the QoD build, you will have to manually replace game files, or revert to the old version of the game. Fear Not. Barony's modding community is extremely important to us, and we have a plan to get those menus back in the game ASAP. Furthermore, huge, fundamental parts of the game's code and content have changed. Mods you once loved may now be obsolete in the QoD build. We apologize for the inconvenience but it simply can't be avoided. We will support our modders as best we can.

This is a Beta

There's always the potential for loss of saved progress. Your games may not save properly, or your saves and high scores may become obsolete or they may need to be wiped. Since Barony is a roguelike, these losses tend not to be tragic, but you should be aware. You might run into bugs. You might even run into really bad bugs that you think are dumb and stupid. We promise we very badly want to fix them! Please help us out and report bugs using this quick Google Form.

What is the Quality of Death Update?

The Quality of Death update is a MASSIVE "quality of life" overhaul that Turning Wheel has been working hard to complete over the course of the last two years. If you were a Barony player before 2020, you probably remember that we released updates much more regularly! But an overhaul of this size has required major systemic gutting, and submitting our changes to the public before it was all done would've made the game unplayable. As a result, we've had to withhold an absurd amount of new features, content, and major UX improvements until now.

Here's what you get out of the deal:

For the first time ever, you can dungeon-run with adventuring buddies sitting with you on the couch. 2-player vertical and horizontal split-screen supported. 3p uses the 4p slot for the shared map.

All UI redesigned from the ground-up

We've worked to make the UI more intuitive and snappy, providing more verbose and explicit feedback to the player, in addition to making it attractive, and scale properly with varying screen resolutions.

Prioritizing superior usability and accessibility, we've worked hard to make sure Barony feels great on a gamepad, remembering also that most of our current core audience uses mouse & keyboard, and that experience also needs to be perfect. 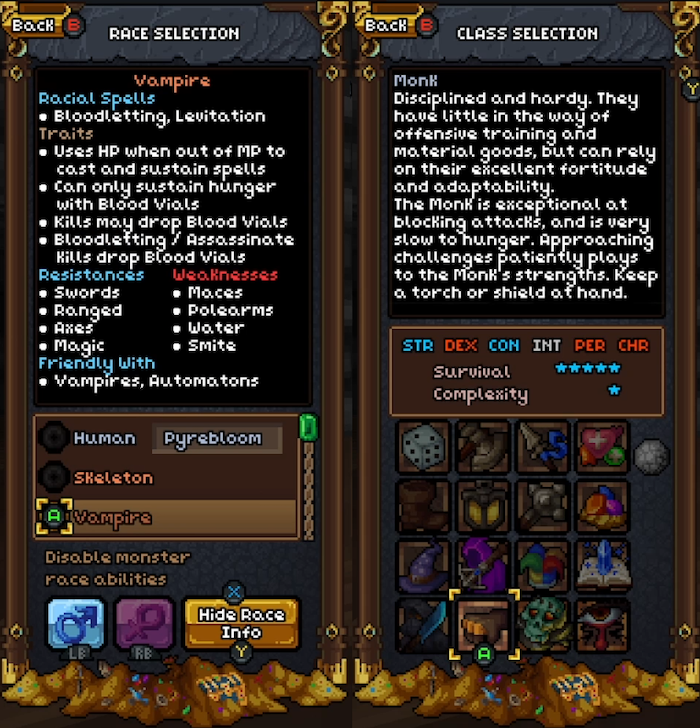 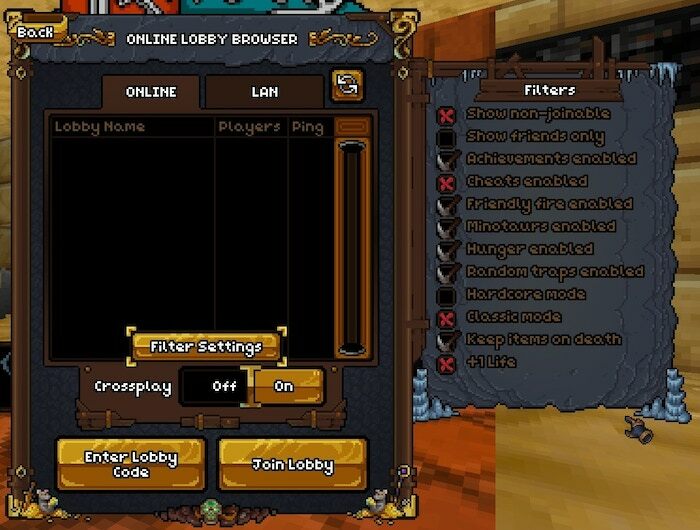 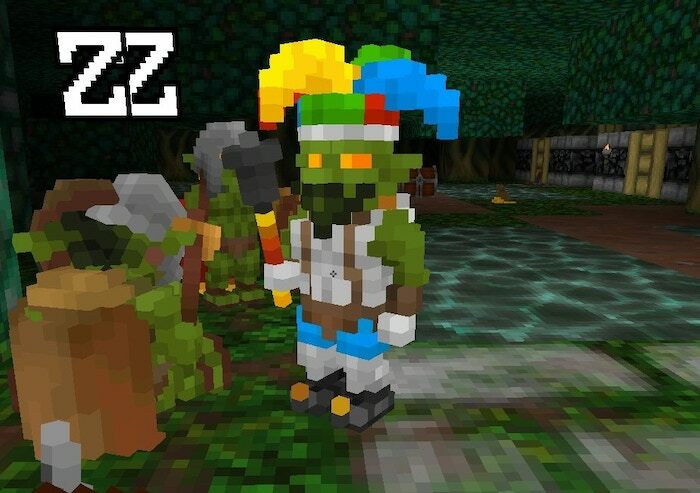 Combat animations for enemies who previously had none!

Replaced bridge blocks with voxel meshes throughout the game 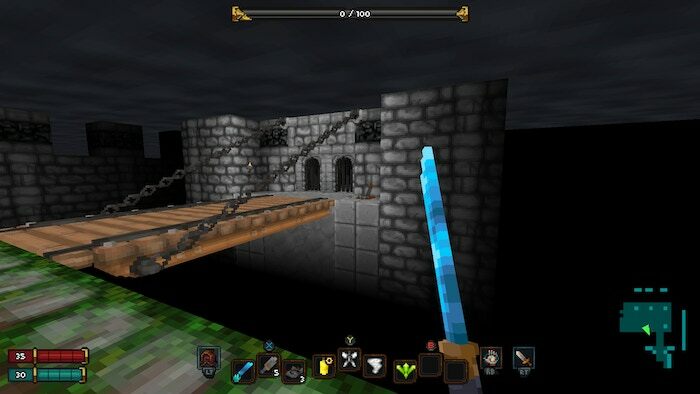 Artful UI across the whole game, such as this gravestone death menu 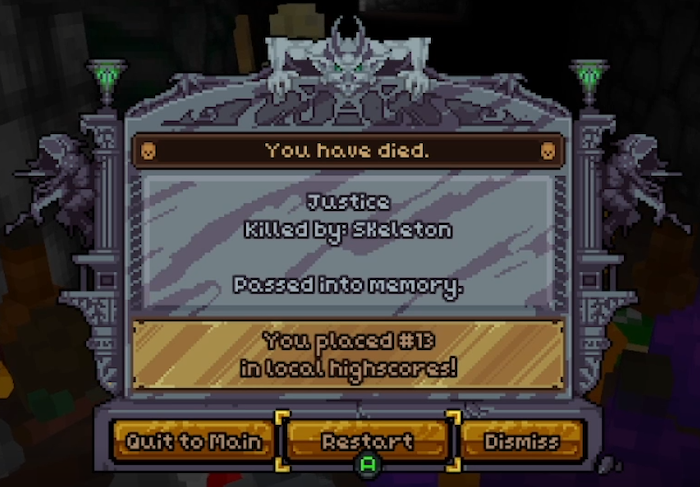 Unique signs for each shop sign, shown on the shop's exterior

Overhauled inventory submenus, such as Tinkering 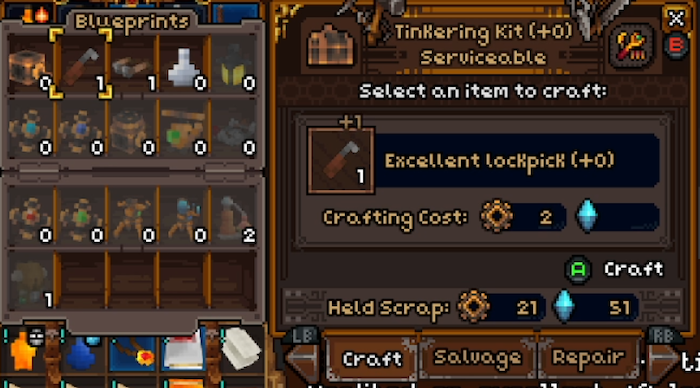 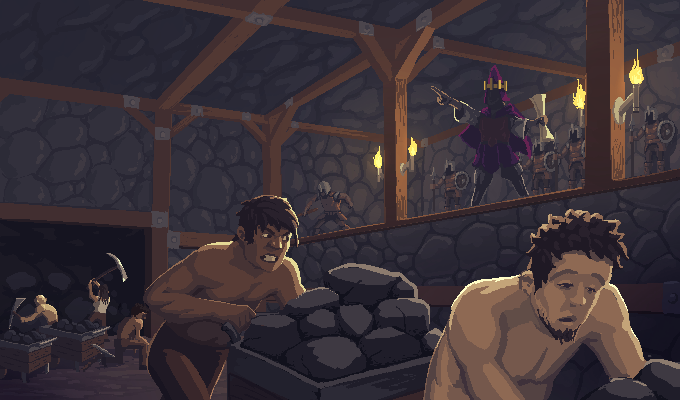 There's so much more.

We can't possibly show it all in a single announcement. But this should give you a good idea of the Quality of Death mission, and the beta you'll be playing. We promised to do all this work thanks to the Barony for Nintendo Switch Kickstarter, which paved the way to a better experience for all players. Well, kinda. We are doing way more work than we promised because we can't help it.

While our work was ongoing, the Steam Deck was announced, increasing the relevance of all this work to our core Steam audience. Speaking for myself, the Steam Deck play experience is near perfect. (I play quite a bit with the Deck hooked up to my TV for awesome split-screen action!) If you followed us through the Kickstarter, you'll know there's a lot more coming to Barony, including new features, content, and another DLC. The Quality of Death update is the first, and single largest step for it all. We're confident our next updates will be much more frequent, and we'll share our development roadmap with you soon.

To our long-time fans, thank you for your patience with us!

Since the Kickstarter campaign, the Turning Wheel team has gone from all part-time / hobby work to full-time employment working on Barony. We're very excited about what that focus has allowed us to deliver to you today. We are grateful for the opportunity to further enhance and fulfill Barony's potential. Thanks for sticking with us. The future looks bright.

See you in the dungeon!

Oh yeah, the game is also discounted on Steam right now until Monday the 7th. Great time to buy!